Last week I bought a lovely star shaped hanger covered in pretty buttons. It was for a friend's birthday and it made me think about my own button collection. Mostly my buttons are too pretty to use on fairly trivial things but then I remembered a tin of old buttons given to me by a neighbour, which she had found in her garage. They had come from and old lady in a house clearance and were rather drab and dull. The lovely colourful buttons we buy now have only fairly recently become widely available and older buttons consisted of mostly mother of pearl in simple designs or dreary browns and blacks. Today I have been 'messing' with these buttons, old metal coat hangers, ribbons, beads and craft wire and this is some of what I made ... The only difficult part is shaping the wire and I found pliers indespensible. 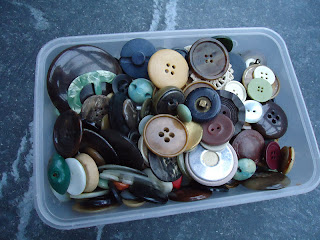 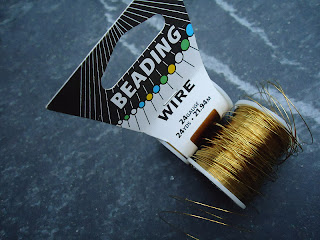 This is a copy of my friends gift and it was very useful to have it to copy but sadly I had to give it away!   I frequently copy things as I am not too artistic and have no imagination  -  I do hope nobody minds!  (My copies are usually so inferior as to be unrecognisable anyway - he he!) The bracelets fasten with a bead and loop and the star hangs from a curtain ring. 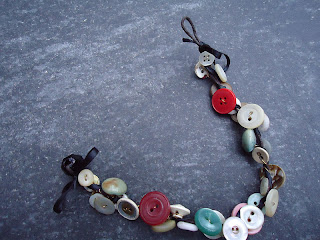 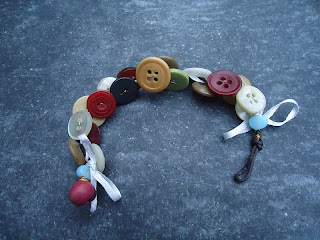 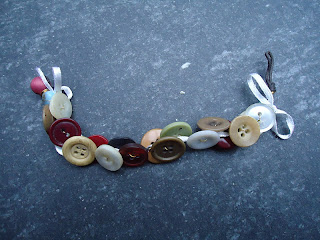 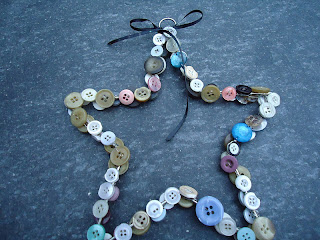 Now for some button hearts for Valentines Day.﻿﻿
Posted by Annabelle at 06:06