A Bit Of This And That


While away visiting  The Red Art Gallery  a charming coffee shop and art and craft gallery, I found some unusual baby boleros among the goodies on show. They looked very simple to make and the design was very effective. One in particular really caught my eye with its soft blue wool and Japanese Kimono silk highlights so I bought it hoping to be able to copy it and make similar ones for babies in the family. 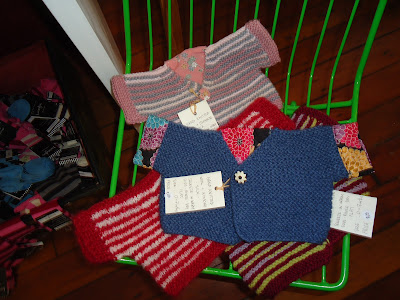 They were rather expensive (NZ$ 68 - about £30)  but very pretty indeed and well made with good quality wool, silk and button. I have been unable to trace the maker other than "Deno NZ".  This is a close up ... 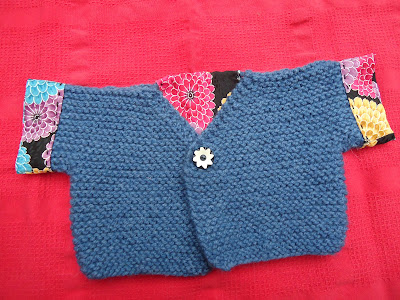 My first attempt at a copy looked OK but was far too small and will only fit a small teddy. After much unraveling my second attempt was knitted all in one and on larger needles and with wool scraps and so far appears to be more successful. This is it at an unfinished stage - I shall post the finished article shortly once it is sewn together and the fabric highlights have been attached.

I think that from the third attempt onwards I may have solved the problems of sizing, shape and 'how to' and should be able to post a pattern later. 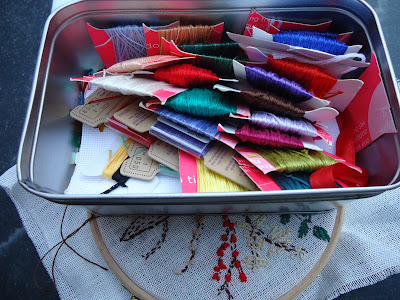 I have also been doing some simple embroidery, which I am not great at, but am overall fairly pleased with the results. I downloaded a couple of patterns from the net and have tried to accurately copy the pattern, the colours and the stitches. They have taken me forever and are still unfinished although tiny. I realize that I must try harder.

While sewing a friend (thank you K. x), sorted my silks and put them all onto card, which makes things so much easier not having to untangle threads before I use them. Such a simple solution and one I shall certainly keep to in future.

Cooking and baking have been high on my agenda recently; fairly ordinary stuff to help my family in NZ (children and vegetarians) ...

And faaaaaar toooooo much salad!

Now I am looking forward to being back in London and having a  HUGE  steak!


I have also got back to knitting after missing my Knit and Natter group for several weeks. I found a lovely scarf pattern in  John Lewis and along with some  Creative Linen Yarn, made by Rowan, I have been knitting a scarf for a friend. The colour that I chose is Carmin a lovely coral red and the holey pattern was easy to do ... (knit one - yarn forward knit two together - repeat this pattern to the end on an uneven number of stitches). It grows at an alarmingtly fast pace and it should be possible to knit a simple scarf in a day with an 100 gram ball, on size 5mm needles and at a cost of around £9. This wool comes in a skein - something I have not seen for some time - and it was strange trying to rewind it into a ball when alone in the house (I wound it from around my knees!) 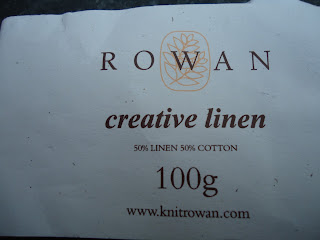